What is the best solar generator? 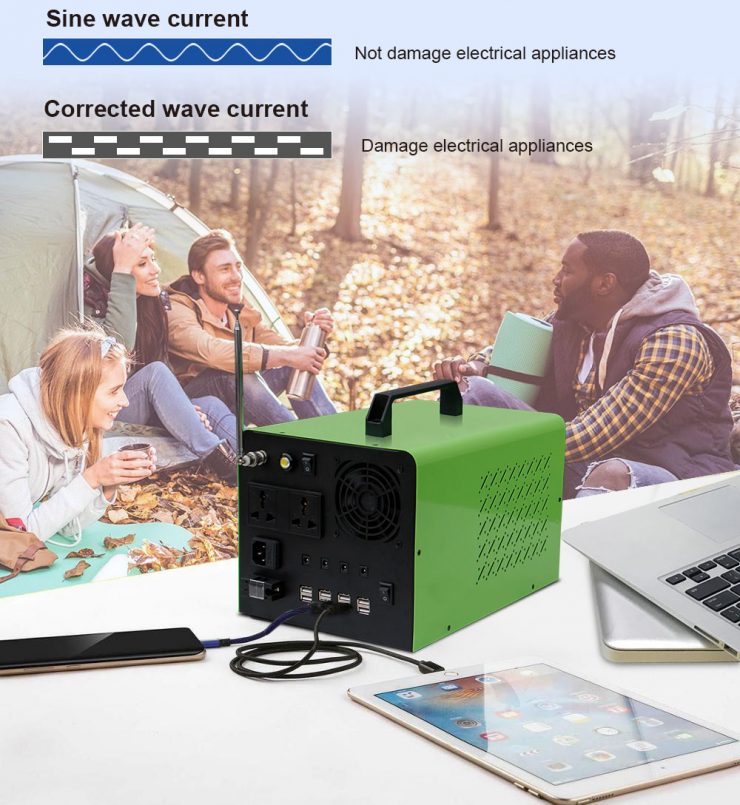 Having a reliable backup solar generator for emergency situations, like the presence of a blackout or power outage, is essential. The same concept goes for fun activities like camping, fishing or even RV trips: for those, you will need a portable best solar generator system.

Fuel generators may serve this purpose, but they have many disadvantages. They are noisy, contaminating, and they also depend on a nearby fuel source. Under critical situations like blackouts, floods, earthquakes or hurricanes, you may not be able to have access to a fuel source, making your generator useless.

Now, thanks to a new technology that combines lithium ion batteries with solar power, you can obtain a green energy backup source whenever you need it.

With our growing dependence on electricity as a power source, more and more people are becoming aware of the need for added precautions in case of power outages and emergencies like having a backup generator on hand. However, when it comes to finding the best generator for them to use, they struggle to determine which one will do them the most good. This is a natural concern, since you want to make sure that you’ll be able to have enough power to last you and your family until the power crisis is over.

However, many people end up choosing a gas generator fueled option over solar power simply because they are uncertain about how effective solar power can be. When solar power was first being investigated, it didn’t always lead to the most effective results. The earlier photovoltaic cells weren’t able to generate electric fields that were powerful enough to produce timely results. Additionally, there wasn’t enough technology to enable the photovoltaic cells to capture enough of the sun’s energy to make useable energy when it’s cloudy outside.

However, the new prototypes are something different. The new prototypes are able to utilize more powerful semi conductive materials to ensure that they are able to generate more powerful electric fields. This enables them to capture more energy – both in cloudy and ideal weather conditions. It also means, that we are finally able to use solar energy as a power source that we can rely on instead of a back up fuel source.

Before solar energy was able to make so many advances, a lot of people thought of it as an energy source that was only good as a second option or something that needed to be supplemented with another power source. And at the time, the best and most reliable fuel source that people thought to turn to was gas. This was an unideal option for many reasons, but perhaps one of the most obvious is simply because of the limited supply of gas that we have.

Gas is a finite resource, whereas solar energy is infinitely available. Regardless of how much gas you store in case of emergency, there will always be more sunlight available to use than gas – and you won’t have to pay for it. Additionally, gas isn’t a clean energy source. When combusted, it produces an unhealthy carbon footprint that harms the earth’s atmosphere. These reasons combined make gas a fuel source that you should avoid rather than embrace.

While many people acknowledge gas’ negative impact on the environment, those who would prefer to have a tangible fuel source would still rather invest in diesel fuel than solar energy. However, despite the benefits of a diesel generator, solar power still comes out on top. Solar energy frees you from the confines of a finite resource and enables you to make energy wherever you are.

While you do have to have a certain amount of power generated before you’re able to use this power, it is still more reliable than a traditional generator. This means that you’ll be able to have power regardless of what your situation is as long as you can put the solar panels in an area that is able to soak up enough sunlight.

HOW TO CHOOSE THE BEST SOLAR GENERATOR?

Solar generators are quickly and quietly becoming a mainstream way to create green energy. Green energy is cleaner and more reliable than other sources of power; it will save you money and is better for the environment, too. A solar generator is a machine that captures the sun’s energy using solar panels. Then converts that power into electrical power then stores it in a battery, to be released later through an inverter.

Power stations are commonly referred to as solar generators. This is a bit confusing because they don’t actually generate power through burning fuels like typical generators. Instead, they only store energy delivered from solar panels or household power outlets.

Deciding to buy a solar generator is an excellent choice; however, finding the best portable solar generator is a daunting task. There are so many different kinds, styles, and features that it can seem like a never-ending list of devices that all look nearly the same. Throughout the rest of this article, we will list the key features available in best solar generator today.

2 Responses to What is the best solar generator?